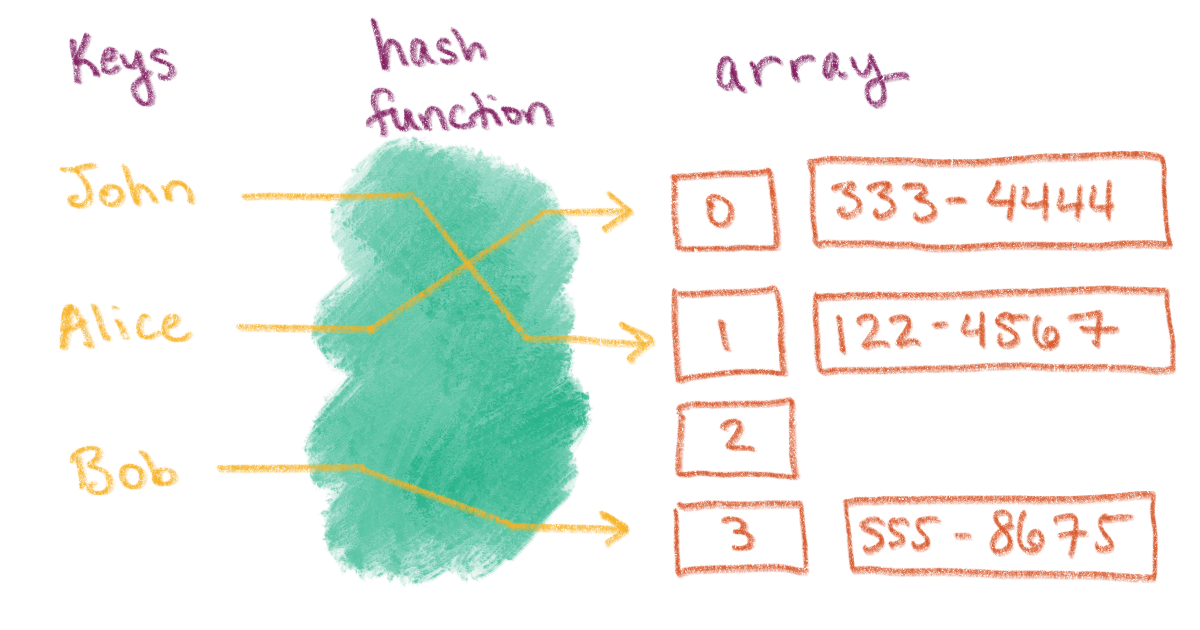 Hash Maps from Scratch Part 1: What is a Hash Map?

If you were designing a contacts app, how would you quickly access a phone number for a person given their name? You could keep an array of Contact objects and check each name:

This won’t scale very well if you have a lot of contacts though. What if your user has thousands of contacts on their phone? Instead, you could create a database table, index by name, and use SQL to find the contact:

Databases are great for this! But what if you’re keeping a list of contacts locally for a short period of time? Maybe you don’t want the hassle of maintaining a database for a small project, or you’re designing an algorithm designed to solve a problem really fast. You can use a hash map!

What is a Hash Map?

A hash map associates a key with a value. Think of a phone book, or, if you’ve never seen a phone book, think of the Contacts app on your phone. If you want to know someone’s number, you look through your contact names, select the name you want, and that person’s phone number is shown next to their name:

For a hash map to hold a list of contacts, the key could be a name, and the value could be a phone number. A key and a value together are called a key value pair.

Typically, a key is a primitive data type like an integer, float, or string. Values can be any type, such as a string, number, list, or object. Hash maps are called dictionaries (or dicts) in Python, and can be used in many contexts. Here’s what a contacts dict might look like:

Behind the scenes, the contacts dictionary will compute the hash, or index, of the key Cave Johnson, and insert the key value pair ("Cave Johnson", "888-724-3623") at that index:

How can I build a Hash Map?

Let’s review the three main pieces we need to build a hash map:

Generally, a hash map’s hash function will generate a unique index for any item inserted into the hash map. However, a hash function might return the same index for two different values, which is called a hash collision or index collision. 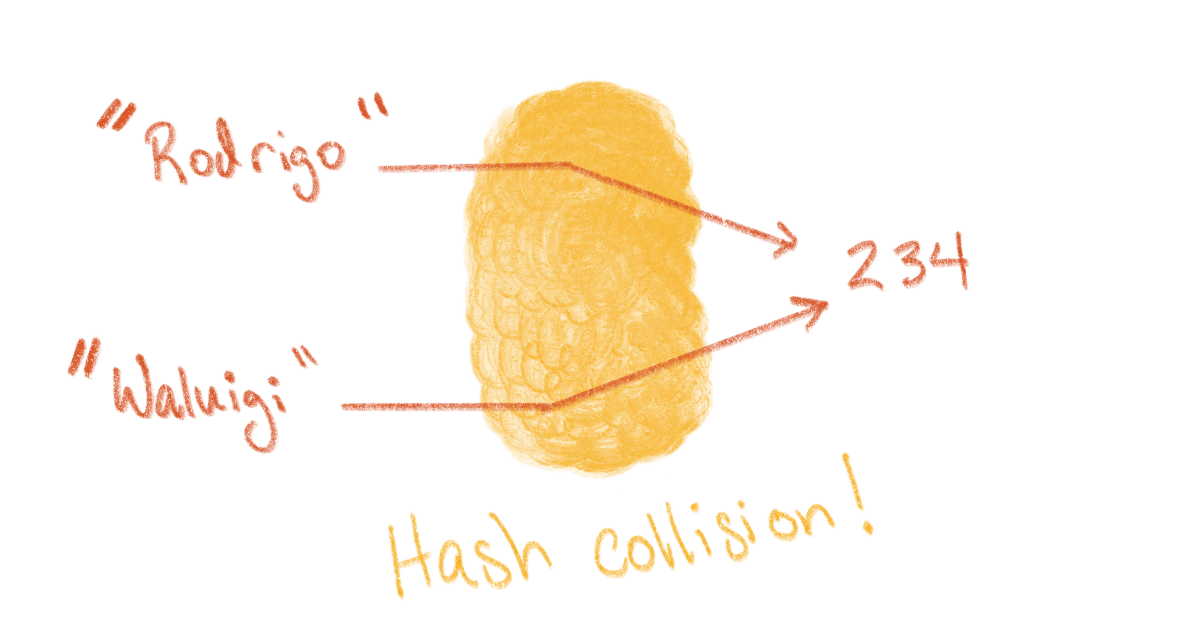 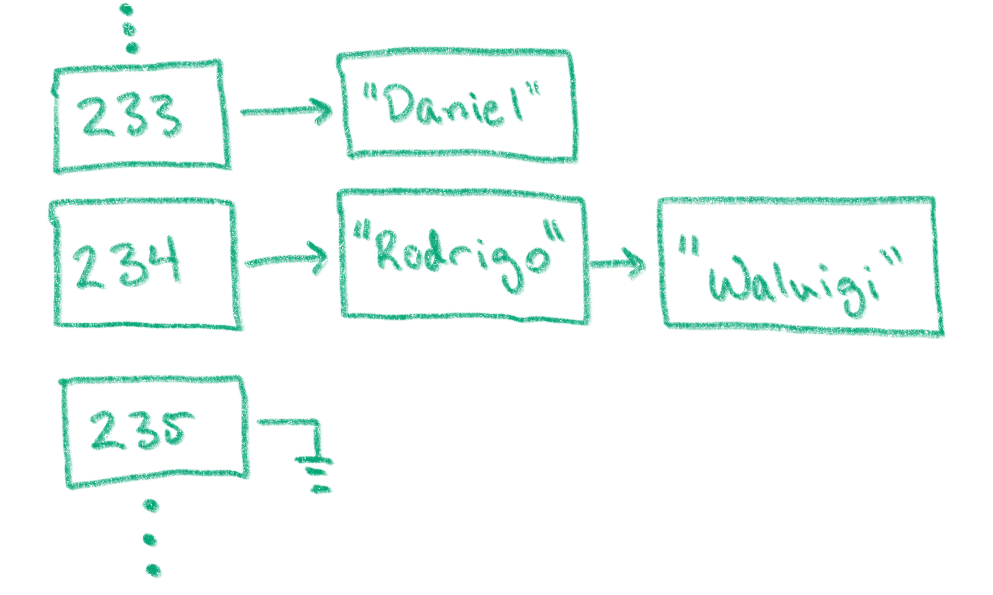 To account for hash collisions in this series, each value of the hash map’s array will be a linked list. If any new key value pair has the same index as a previous pair, then the new pair will be added to the end of that index’s list. In the next post, we’ll learn how to build the linked list that we’ll use in our hash map class.